As the digital revolution takes hold, life sciences companies must evolve or face the consequences, says enterprise specialist SAP in a new white paper. pharmaphorum speaks to SAP’s global vice president of life sciences, Joe Miles about the risks and opportunities ahead.

Everyone has seen the impact of online retailers like Amazon on the High Street, as well-established household retailers have gone to the wall because they could not compete with the convenience of online shopping. 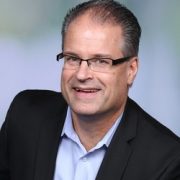 While it’s taken a long time for Amazon to reach the highly-regulated world of healthcare and life sciences, SAP’s Joe Miles argues that it’s only a matter of time before Amazon, or one of its rivals, makes serious inroads into healthcare.

Amazon is already lurking on the fringes of the healthcare market with its acquisition of Whole Foods in August 2017, and Miles has warned that the $13.7 billion deal demonstrates the increasing reach of the tech giant.

Now officially the richest man in the world, with a $90 billion fortune, CEO Jeff Bezos already wants to build spaceships that travel to Mars, so making a move into healthcare will not faze the world’s most successful entrepreneur.

There is strong speculation that Amazon wants to bring pharmacies into its Whole Foods locations in the next few years and, according to press reports, the company has already hired a team to break into the $400 billion US pharmacy market.

Analysts are already predicting that Amazon is looking to develop a business model that combines its online reach with physical shops, targeting consumers with discount coupons for prescription drugs and then providing a convenient place to pick up their prescriptions.

In a pre-emptive strike against Amazon, CVS Pharmacies announced in early November that it plans to launch a US-wide, next-day prescription delivery service.

It’s against this backdrop of the digital revolution and its ability to disrupt established businesses that Miles is urging established life sciences companies to adapt or face failure.

AirBnB and Uber are other oft-cited examples of disruptive companies that could make life increasingly hard for more traditional competitors.

SAP’s Miles said: “Talk about disruption, that could be really significant. It is really fascinating to see this happening right in front of us.

“One of the most profitable parts of retail stores is the pharmacy so it’s going to have an impact on the industry,” he continued.

In the white paper, The Digital Life Sciences Network, Miles indicates that customer centricity and the rise of an Amazon-style digital supply chain will lead to healthcare and life sciences organisations competing as an ecosystem.

Life sciences companies are already accustomed to collaborating with external partners in R&D, manufacturing and supply chain management – but digitalisation is moving these partners ever closer.

New innovations are resulting from data gathered from devices, such as incident reports, creating customer and design partner relationships through digital interactions.

Digital supply chain and smart factories mean that supplier networks could either operate at very small, or very large, scale, to match the needs of a few patients or large cohorts.

This could be made more efficient as life sciences companies could use predictive models to minimise maintenance costs.

The paper also highlights some of the drivers behind the digital revolution – more than 75% of patients expect to use digital services, and the cost of implementing them has fallen drastically.

Sensors cost around 60 US cents per unit, and are becoming capable of generating ever more detailed reports – each scan of a single organ generates around 10GB of raw data.

Miles explained: “The big paradigm shift is that the cost has dropped off so dramatically. In years past, you probably could do this computing but you had to have a million-dollar server in order to do that.

“Now, with the fact that you have got digital information much more readily available, you have computing power that makes it easier to analyse data in milliseconds, and a cost model that makes it available to the average consumer, let alone a business – it is allowing us to do things that have never really been practical, or even possible, before.”

The proliferation of electronic devices on the market has also led to this increased digitisation of healthcare.

Increasing computing power, available on convenient, small devices such as iPads and smartphones, has made them a handy tool for doctors and healthcare professionals.

“All of a sudden iPad devices are being used by industry sales people, physicians, all kinds of medical personnel across the marketplace,” Miles noted.

These allow communication of very technical and sophisticated information. “I don’t think anybody in 2005 would have thought of Apple as a healthcare or life sciences company, yet it was able to transform its marketplaces with its technologies.”

He added: “The marketplace is becoming very different, very rapidly, as a result of these networks, which facilitate a much more collaborative and open value chain.”

This allows for simplified transactions, new and simplified collaborations and tighter relationships. Digital communication allows the creation of collaboration, not just between two organisations, but several different stakeholders in the healthcare space.

“You are seeing multiple players coming together to try to drive that,” said Miles.

When asked whether pharma is embracing this new way of work, Miles observed that the picture is mixed.

While some companies have been quick to adapt to the changes – and can see some of the new opportunities that are arising – others have been slower off the mark.

Collaboration the key to accelerated development?

Science is now moving at a pace decided by Moore’s Law, where computing power roughly doubles every two years or so, and some are struggling to keep pace, noted Miles.

“That’s a really difficult area right now and we are still very much figuring out how you balance safety and efficacy, and health of our society, against the rapid advance of these technologies.

“That’s not just something that industry, but also governments, are trying to think about.”

This collaborative approach could also help to produce more efficient ways of working across the system, which will be vital as developed economies seek to keep healthcare spending in control.

“Everyone is concerned about the level of spend, we can’t just continue to have it go up and up.”

One area in particular is the digitisation of reimbursement – technology could link payment for drugs to health outcomes so that hospitals only pay if patients respond to treatment.

Novartis has led the way with this by offering a rebate if patients fail to respond to its latest CAR-T cancer therapy, priced at $475,000 per patient.

While this could be a novel way to ensure healthcare systems can afford the latest products, it is hard to implement, as a patient’s response to a drug must be accurately measured to gauge whether payment should occur.

Without recent innovations in communication and computing this would be difficult to achieve – but the new digital healthcare paradigm offers this opportunity for the first time.

Miles said that the old model of pharma sales, based around selling a patented product at high volume, will go the same way as the high street stores that were ousted by Amazon.

In order to compete pharma must embrace this new paradigm, using technology to efficiently research drugs, followed by a more creative approach to pricing, stated Miles.

“How do we move from this volume-based blockbuster drug world that existed, to a more value-based model where the value to the patient decides the reimbursement level? That’s easy to say but not easy to implement because of the complexities.”

Whether or not it’s Amazon that does the disrupting, the digital revolution has set Darwinian forces in motion – and pharma must evolve, and sharpen all areas of operation in order to survive.