Back in September 2015, Teva Pharmaceuticals was chosen as the first Foundational Life Sciences Partner for the Watson Health Cloud.

At the time, the newly formed partnership was intended to build solutions to chronic conditions such as asthma, pain, migraine and neurodegenerative diseases with the additional goal of investigating machine learning in the creation of disease models and advanced therapeutic solutions.

Very little had been revealed about the partnership so far, but this week the companies disclosed more about the project.

The deal will set Watson Health's cognitive computing to the task of scanning the big data of Teva's compound portfolio. The aim is for Watson to identify new therapeutic possibilities for existing (largely off-patent) molecules.

Teva has already developed its first repurposed molecules (what it calls New Therapeutic Entities or NTEs);  a range of abuse deterrent opioids for pain management and a once every 3 months regimen of an extended-release formulation of schizophrenia treatment risperidone.

While repurposing is not a new idea, Teva says it is the first company to industrialise and automate the process of identifying molecules which can be tweaked to serve a new set of patients - something which Watson Health's AI power should help to accelerate greatly.

Both companies will also be using Watson to tackle common chronic conditions such as asthma. Among one of IBM's recent acquisitions is The Weather Company, another cognitive computing platform which shows how the weather could affect the patterns of behaviour of people in any given locality - including its impact on long-term conditions.

Asthma attacks, for instance, are often triggered by cold and rainy weather. The partners are likely to work on cognitive computing algorithms which could form the basis for user-friendly apps to help patients and healthcare professionals  - for instance warning of a possible asthma exacerbation and suggesting preventative measures.

“Teva envisions a future where we can empower patients and their families to better understand diseases, like asthma, and cope with health challenges in a more systematic, data-driven manner, with the ability to be proactive, rather than reactive,” said Rob Koremans, MD, President and CEO of Teva Global Specialty Medicines.

“In doing so, we aim to cut treatment costs by providing patients, payers, healthcare providers and caregivers with relatable data that can inform action and insights into a patient’s total disease management plan.”

If the collaboration pays off, Teva and Watson Health could find themselves among the frontrunners in pharma's much-discussed transformation into 'beyond the pill' enterprises playing a direct role in providing healthcare.

Read more: Teva: looking for innovation and growth in ‘space between’ branded and generics

The diabetes market really is experiencing an unprecedented level of innovation at the moment. As September came to a close, Medtronic’s MiniMed 670G automated insulin delivery system became the first-ever of its kind to be FDA-approved.

Although not quite a true ‘artificial pancreas’, the decision signals things to come for the diabetes market, as further demonstrated by a number of funding deals in recent months.

This week, another innovative approach to type 1 diabetes monitoring came to the fore in NovioSense’s tear glucose sensor.

Sitting beneath the lower eyelid, the first-ever battery-free and wireless eye wearable continuously measures changes in glucose levels in tear fluid and transmits it via NFC technology to a smartphone.

The device can also be wirelessly connected to existing insulin delivery devices, allowing for a true closed loop system. 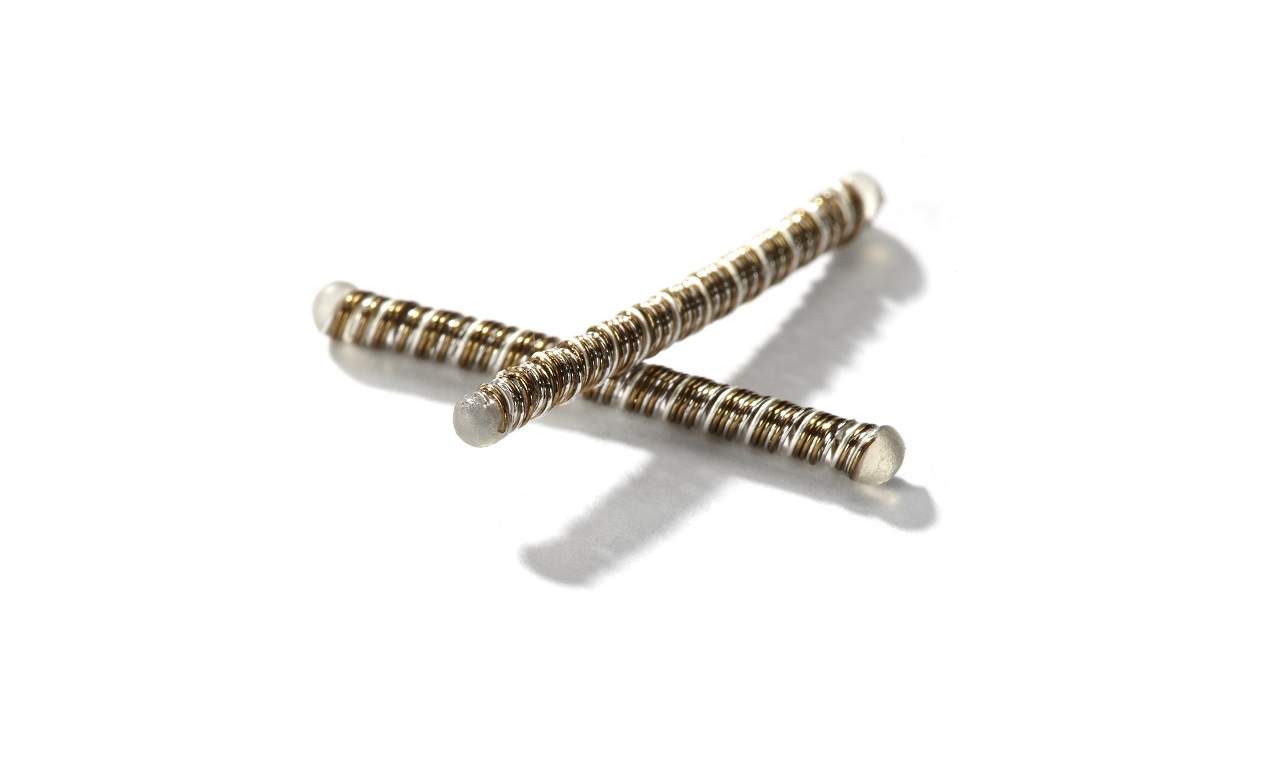 The spring-like, flexible structure of NovioSense’s glucose sensor means it fits the contour of the wearer’s eye.[/caption]

The sensor is now one step closer to diabetes patients with the closing of its fourth funding round.

NovioSense has also just gained a new executive vice president of Business Development in Harry Mitchell - a senior executive with over 25 years-worth of experience in medical devices and diabetes. Mitchell is a co-founder of the Joslin Institute for Technology Translation at the Joslin DIabetes Center based in Boston.

The new funding will go towards validating the NovioSense device through further testing. NovioSense is looking to report second phase clinical data in the first half of 2017 and pursue market clearance in 2019.

The process of creating a brain-machine interface in order to ‘hack’ the neural system of patients with severe paralysis has produced some miraculous advances in recent times, from partially restoring the movement of a quadraplegic man’s hand to helping long-term paraglegic patients walk again.

This week, a team of researchers at the University of Washington achieved another world-first in neural bypass technology: restoring the sense of touch.

Carried out at the National Science Foundation Center for Sensorimotor Neural Engineering, the team implanted an electrocorticography grid directly onto the surface of the brain of epilepsy patients undergoing surgery.

The grid allowed researchers to record and transmit electric signals to and from the brain. 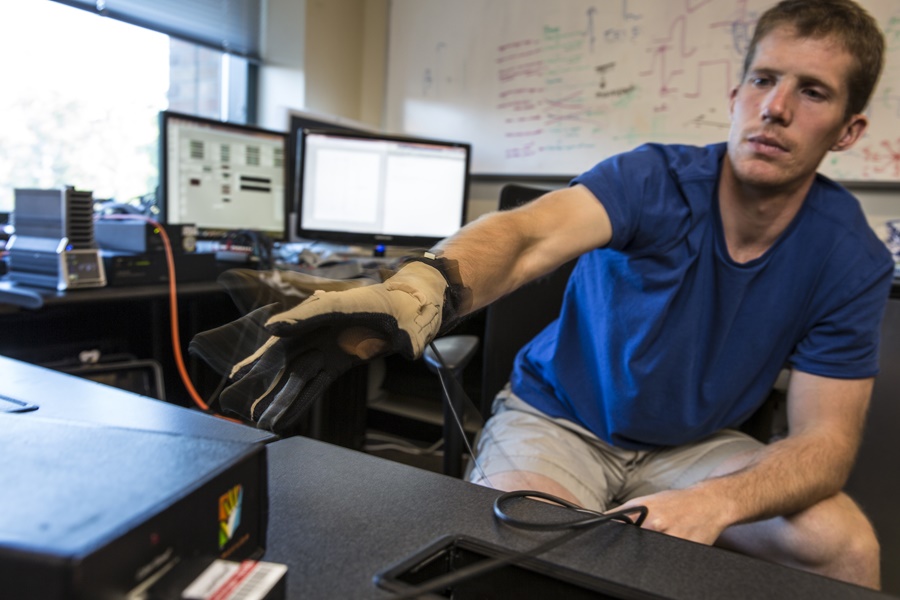 GRIDLab member David Caldwell tests the hardware used for stimulating and recording a patient’s brain surface, along with a cyber glove to track the hand's movement.  Credit: Mark Stone/University of Washington[/caption]

According to the study, one patient achieved positional accuracy “well above chance” when receiving the electrical feedback. Participant performance dropped when given random signals regardless of hand position, suggesting they were indeed responding to this artificial sensory feedback to control their hands.

The implications of this research are huge: restoring a sense of touch in patients where their normal neural feedback loop has been severed could allow for the controlling of prosthetics by brain power alone, as well as presenting the possibility to reanimate paralysed limbs.