Access to new medicines in Scotland: a perennial issue

Access to new medicines in Scotland – just as it would seem is the case everywhere – is always on the agenda.

Scotland’s health system is still implementing the changes set out in the Montgomery Review: an independent review of access to new medicines published in 2016. This in turn sought to find out how well changes made based on the New Medicines Review, published in 2013, were working. A key focus of both reviews is the Scottish Medicines Consortium (SMC). Their recommendations influence access; in light of changes made, have they been saying yes or no?

Trends in SMC recommendations seem to have changed; things were looking up after the changes implemented as a result of the New Medicines Review in 2014, and as the Montgomery Review was being done during 2016. There were more approvals than seen in previous years. However, there’s been a fall off with a greater share of negative recommendations from 2016 onwards. 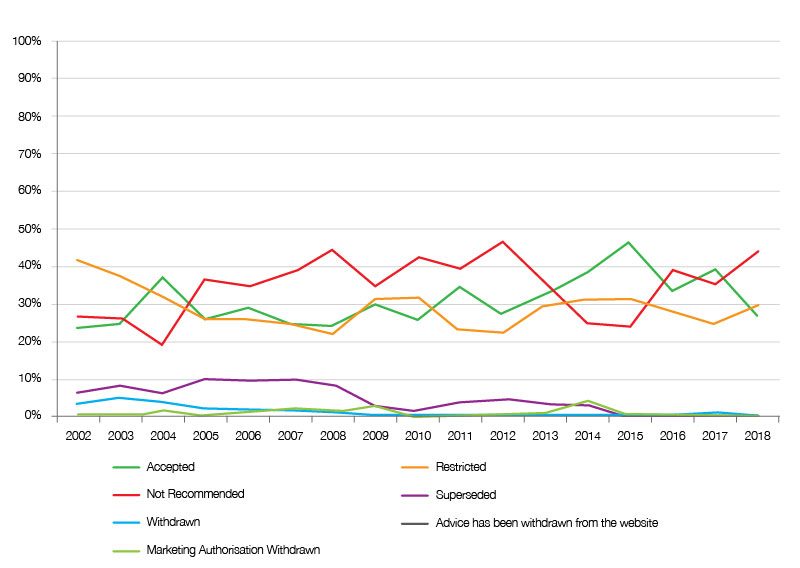 At the same time there has been a shift to more non-submissions too (figure 2). Non-submissions mean that SMC automatically does not recommend and leaves decisions to be made locally, but without the SMC stamp of approval getting funding is not automatic. 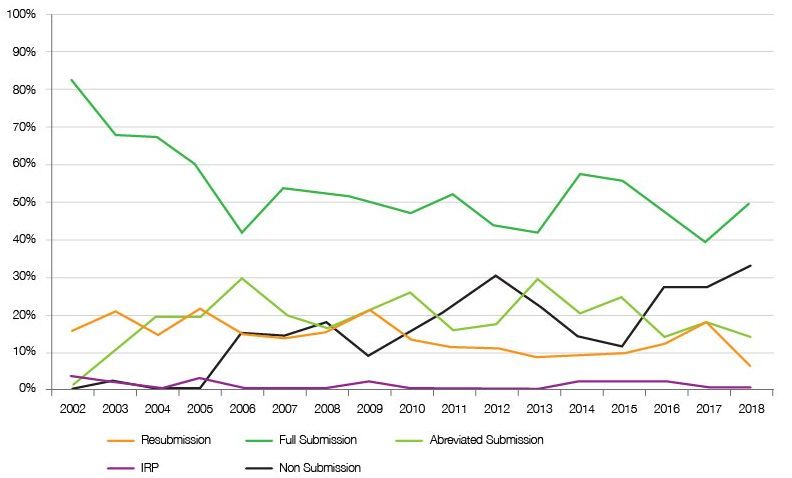 There’s no simple answer as to what drives SMC recommendations; it’s a mix of just how the good the medicine is versus what it’s compared to, how expensive it is, and ‘other’ factors that SMC takes into account such as end of life and ultra-orphan status. Part of the changes made from reviews have been to look again at the definitions and pathways of assessment for such medicines, as well as how patients and clinicians can provide their input into SMC decision-making.

Just one relevant factor is the offer of a discount through patient access schemes – essentially deals being done with companies. It seems that these deals have increased over time (figure 3), arguably moving a potential outright no towards either a restricted recommendation (typically where use is narrower than the licensed indication) or an unrestricted and ‘accepted’ recommendation from the SMC. Their importance in avoiding a no is clear when looking at the increasing share of restricted and accepted recommendations that have a PAS (figure 4). 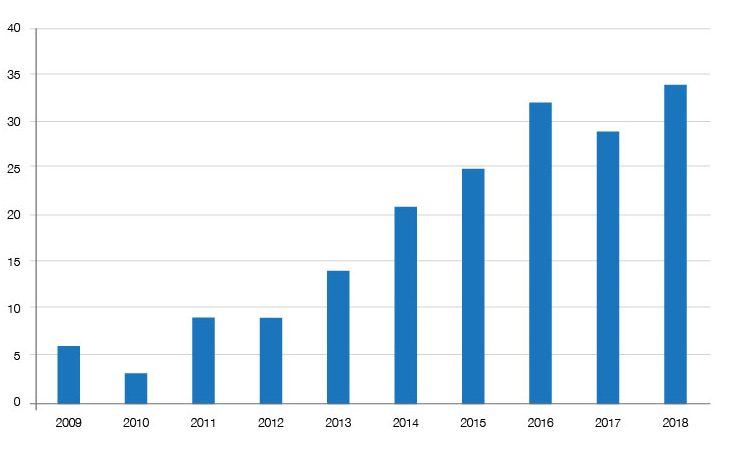 Figure 4: PAS share of restricted and accepted SMC recommendations, 2009 to 2018 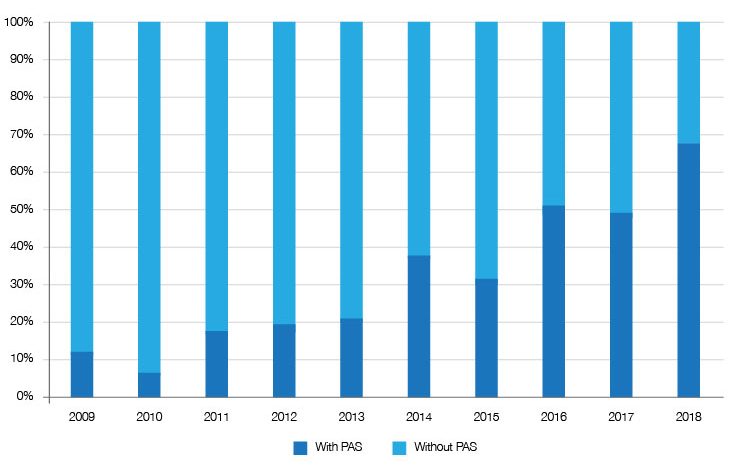 More patient and clinician input but with what impact?

Another factor is patient and clinician input into SMC decision-making. Patient and Clinician Engagement (PACE) meetings – where patients and their representatives as well as expert clinicians can share their views with SMC staff in separate meetings – were introduced in 2014. The SMC has held 125 of these since their introduction under the New Medicines Review in 2014. It’s not clear how often such meetings might be the factor that tips a no into a yes by the SMC.

Too soon for some changes to make a difference

With an ongoing interest in access to new medicines there have been further changes to how SMC works, by implementing a revised pathway for ultra-orphan treatments as recommended by the Montgomery Review. In June 2018, changes were made to the definition of ultra-orphan medicines. Under the definition implemented in October 2018, an ultra-orphan medicine is for a disease that affects around 100 patients in Scotland. SMC operates a more flexible approach for such drugs.

Those ultra-orphan drugs that are seen as clinically effective by the SMC can then be funded for three years ready for another review by the SMC. Still price is part of the mix; health secretary Shona Robison also called for companies to ensure that medicines have a fair price.

Given the lag between operationalising the change, and of course waiting for three years for data, it’s too soon to know the impact of the latest tweaks to the system. But is clear is that access to new medicines will continue to be an issue in Scotland.

How does HTA for orphan drugs differ across Europe?