Accelerated Access to innovation on the NHS – can it be achieved?

The Accelerated Access Review aims to make the NHS the best, most digitally-enabled and innovative healthcare system in the world, and turn the UK into a life sciences powerhouse. Andrew McConaghie considers the potential and the pitfalls.

A new initiative aimed at improving the UK’s uptake of innovative drugs, devices and diagnostics is gathering momentum. There is hope that the Accelerated Access Review could create mutual benefits for the life sciences sector, the NHS and patients – but can it really achieve its own breakthrough?

Many clinicians and budget holders in the NHS still view new medicines, devices and diagnostics with scepticism, or not offering answers to the most urgent needs of patients and the health service. Even when new products are recognised for being major advances, the NHS is often slow to adopt them.

There has been a succession of initiatives and policies to address this problem over the years – including the introduction of the controversial Cancer Drugs Fund (CDF) in 2010 and the Early Access to Medicines Scheme last year.

While these changes have moved things forward, the initiatives have been piecemeal, and have created a confusing patchwork of regulations and routes to market. Central to this is England’s National Institute for Health and Care Excellence (NICE), which pharma wants to see reformed. However there are many other influencers and decision makers, most notably the powerful budget holder NHS England. 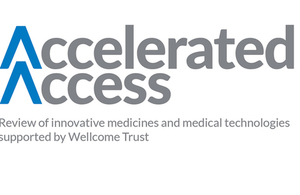 At the heart of the Accelerated Access Review is the aim of doing away with this confusion, and creating a single, end-to-end pathway for innovation. Life Sciences minister George Freeman is the driving force behind the plan – what he calls a ‘lit runway’ – linking up drug development, drug approval, pricing and reimbursement and uptake on the frontline NHS.

The vision encompasses turning the UK into a powerhouse of science and world-leading healthcare, harnessing the advantages of the NHS’ single healthcare system and the country’s leadership in life sciences R&D.

One initiative with enormous potential is the world-leading 100,000 Genomes Project, which is laying the foundation for the NHS to routinely use genomic profiling and targeted drugs to create ‘personalised medicine’.

But linking up these disparate parts of a complex system will not be easy. Meanwhile an even bigger obstacle is that the NHS will be preoccupied with finding an unprecedented £22 billion in savings over the next five years, making it difficult to find ‘headroom’ for adopting innovation.

The Accelerated Access Review was launched in March, but a six-week pause around the UK general election means it is only now picking up speed. Last Thursday, the government launched the Review’s new website, setting out its priorities, and a session at the annual NHS Confederation conference in Liverpool allowed some of the review’s leaders to present and discuss issues with frontline NHS staff.

The Review is due to be completed with recommendations by the end of the year, with an interim report due in late summer. Its leaders stress that its conclusions will be very much steered by extensive consultation with industry, NHS and patient groups.

Main themes and questions of the Accelerated Access Review

• establishing need, priorities and principles for innovation – how can we find a transparent way for innovators to make sure that innovation is based on patient need, and that industry, the NHS, research charities and academia collaborate to understand and respond to patient need?

• new development pathways – how can we make sure that the existing safety and efficacy process is more efficient and simple, while maintaining safeguards for patients, and that there is a clear, and quicker, way to have access to particularly innovative products?

• affordable national funding models to drive innovation – how can we integrate and speed up national reimbursement processes and fund clinically- and cost-effective innovation across the pathway?

• local adoption and diffusion – how can we speed up how clinically- and cost-effective innovative products are commissioned by the local NHS, and get to patients?

Dr Nicole Mather, Director of the Office for Life Sciences, was at the conference in Liverpool to outline the government’s vision for the project.

She said there was an appetite for change in the UK system from all sides, and wanted the initiative to improve care for patients and lower NHS costs.

“It’s about early adoption of products across the NHS – taking time and cost out of the process for industry, but also providing us with the data about the effectiveness of the products in the system so that we can pay for the value that they deliver.”

She added: “We hope to improve patient services at lower cost, which obviously is very important in the current financial environment.”

Using electronic data to track value for money is a key aspiration for the government: once a new drug, device or diagnostic is being used, the vision it that the NHS can track data and evidence of the new product’s impact.

Creating intelligent data-tracking systems within healthcare is something all developed nations are pursuing, but it is a huge undertaking. In the UK, SACT is a groundbreaking ‘real world data’ scheme aimed at tracking patients given drugs via the CDF. But problems with collecting data mean this system is still not being used routinely to evaluate value of cancer medicines.

Meanwhile the major Care.data project, which aims to create electronic patient records for all NHS patients and a database for biomedical research, has been delayed by more than a year after public concerns about data confidentiality arose.

Also speaking at the meeting in Liverpool was Professor Sir Bruce Keogh, NHS England’s national medical director, and a veteran of discussions with industry on price and innovation.

He attempted to present a balanced view – extolling the huge benefits of medical innovation, but also noting that innovation in itself was not intrinsically good (wryly referencing innovation in the finance industry pre-credit crunch), and therefore had to be assessed for value and priority.

Sir Bruce said the NHS could be not only the best health service in the world, but also the most innovative. In order for this to happen, the Review must be able to get into the ‘hearts and minds’ of busy frontline clinicians, who otherwise had many other competing pressures on their decision making, he pointed out.

Sir Bruce also stated his support for new approaches to pricing, and confirmed to pharmaphorum that his recent discussions with pharma industry leaders had shown that they were open to new ideas in this area.

This might suggest that the Accelerated Access Review could look at re-drawing UK medicines pricing from scratch, but this is not the case. The Review’s terms of reference state clearly that the existing PPRS pricing system will remain in place. George Freeman has made clear he favours a Value Based Pricing system – this would be hard to introduce within the PPRS agreement, which guarantees a cap on NHS spending costs.

Another potentially significant obstacle is that the review will not consider NICE’s health economic model the QALY – the method for assessing the value of products, which the pharma industry has for many years contested as too strict and inflexible. This is likely to be looked at instead by a separate review of NICE, which is now underway.

As these two central planks of policy are out of bounds to the Accelerated Access Review, it will instead focus on using existing infrastructure and relationships. This will allow it to link up a fragmented system, but it’s not clear if it will have enough clout to fix deeper problems.

One clear test of the Accelerated Access Review and its mandate will be its impact on the CDF.

While the CDF has provided access to life-extending treatment for thousands of people, it is, nevertheless, seen as a ‘sticking plaster’ solution. In bypassing NICE’s appraisal system, it has been widely criticised for providing preferential treatment to patients with cancer compared to those with other diseases, and many groups have called for its removal, including patient groups and the pharma industry. However there would be political obstacles to abolishing it, which means it is likely to be remain. 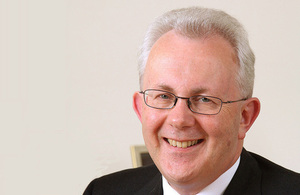 The Review is being spearheaded by a number of senior and influential figures from the life sciences sector and the NHS side, with global health charity the Wellcome Trust helping to co-ordinate its work. Sir Hugh Taylor, former head of the Department of Health and now chairman of leading London hospital Guy’s and St Thomas’, is leading the initiative as chair.

Writing on the Review’s website, Sir Hugh said: “As Chairman of the Trust at Guy’s and St Thomas’, I see every day the impact that cutting-edge medicines and technologies have on patients, on the wards and at our academic health science centre. But 21st-century healthcare can only be delivered by a 21st-century system.”

He added: “Our challenge is eminently achievable, but it is not easy. We need to find a way of delivering modern, first-class healthcare in a practical, affordable and sustainable way.”

The Review’s work is structured around four workstreams, which will be underpinned by patient and user engagement and led by an external champion. These are:

Changing the culture of the NHS will not be achieved overnight, especially over the next five years, as the NHS in England struggles with the huge task of finding £22 billion in savings – a scale of efficiencies which has never been achieved so far. 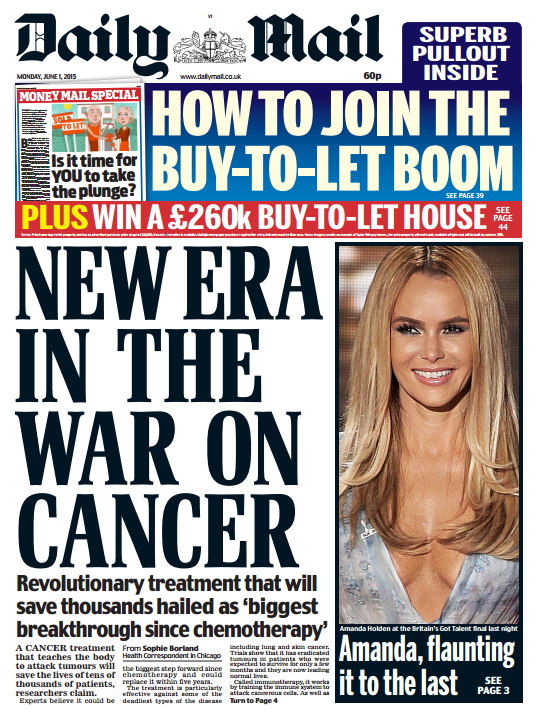 The vision behind the Accelerated Access Review is that innovation should help, not hinder, this drive towards efficiency – but the upfront cost of adopting new medicines and technology, and the need for organisational change to adopt them, is considerable.

In his address to NHS managers at the NHS Confederation conference, health secretary Jeremy Hunt made just one passing reference to new medicines, but his frank, off-the-cuff remark was telling.

Referring to recent front page news about groundbreaking new cancer treatments, Hunt said there was “incredible excitement that people feel when they read about immunotherapy in the newspapers” but admitted that these that gave “a heart attack to me and [NHS England chief executive] Simon Stevens” – referring to the very high cost of these medicines.

This is a clear reference to the huge long-term cost implications of these new medicines – they are a cause for great optimism in the fight against cancer, but can’t offer any savings to the NHS – only new costs.

The growing cost of new cancer and specialist medicines is a theme which refuses to go away, with US doctors and payers recently highlighting it as a major problem. This shows that uptake of innovation is a two-way responsibility, not just an obligation on health care systems. Therefore the life sciences sector could see the Accelerated Access Review challenge its own pricing and ‘risk-sharing’ models – and create an opportunity for innovation in pricing and reimbursement – as much as challenge the NHS to adopt the best innovation faster.