WORLDWEBFORUM 2018 heralds the “end of nation” 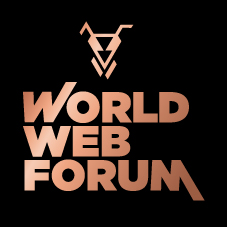 The largest conference on Digital Transformation in Switzerland, the WORLDWEBFORUM, will take place in Zurich on 18th and 19th January, 2018. Top-class entrepreneurs and investors from Silicon Valley and around the globe and Federal Councilor Johann Schneider-Ammann (Swiss businessman and politician) will be appearing at the WORLDWEBFORUM in front of more than 1’500 guests. The theme of the conference will be “End of Nation”.

“More than 80 percent of the gross national product in continental Europe is generated in the old economy. This is a time bomb!”, says Fabian Hediger, CEO and founder of the WORLDWEBFORUM. Google, Facebook, Apple, Microsoft and Amazon are the most powerful companies worldwide. They are driving economic globalization forward, and are admired for this. Europe, however, is fighting these Internet pioneers politically because they dare disrupt the status quo of the nation state, not playing with the way government is organized, but instead, wrecking the existing order and building something new in its place. There is much to learn from these disruptive companies:

What needs an enterprise to do in the future, to not only follow suit the powerfuls but actively play on the same level?

A quarter of humanity is already registered on Facebook, the largest global social network. Two billion people are connected and communicate without borders. What about blockchain technology on which the cryptocurrencies are based? They are in the process of making the existing rules of monetary policy and monetary protection superfluous. Never before private companies and their founders have so much money and resources to directly influence their interests. They have the power to compete, challenge and make redundant the state and its institutions.

These are the fundamental questions that next year’s speakers of the WORLDWEBFORUM will address. The largest business conference for digital transformation in Switzerland inspires participants to look far beyond their own horizons and existing business models. The focus of the annual conference on 18th and 19th January, 2018 in Zurich will be an exchange between digital champions from Silicon Valley and around the globe and the attendees.

At the location ‘Stage One’ in Zurich, the following speakers will motivate, educate and inspire at the 6th annual meeting of WORLDWEBFORUM:

• Nancy Pfund: Founder and Managing Partner at DBL Partners, San Francisco CA
She was one of the first investors of Tesla, SpaceX and SolarCity, and a close friend to Elon Musk.

• Wilhelm Oehl: CXO and Partner, Eight Inc:
He invented the Apple Store together with Steve Jobs.

• Glenn Gore: Chief Architect at Amazon, Seattle, WA The acquisition of Whole Food Markets has shown that no industry is safe from Amazon

• Terry von Bibra, General Manager Europe of Alibaba, Hangzhou: The internet giant Alibaba is besides Tencent among the world’s most highly valued public companies from China.

On the second day of the event, industry specific problems related to digital transformation in verticals will be discussed. These are dedicated to topics such as Finance/Blockchain, Food-chain, Retail, Augmented Reality, Internet of Things, Digitimmo, Future of Work, Responsive City, Tourism and Cloud.

WORLDWEBFORUM: The largest business conference for digital transformation is growing rapidly. While only 250 visitors came to the premiere of WORLDWEBFORUM (WWF) in 2013, four years later 1’500 interested attendees from all over the world were inspired by the WORLDWEBFORUM 2017.