Most UK businesses will trigger Brexit contingency plans by March 2018

A survey of British businesses has found that 60% will have triggered Brexit contingency plans by March 2018 if no transition period can be agreed before then.

The poll was released yesterday by the Confederation of British Industry (CBI) and showed there was huge concern about the impact of Brexit on trade across sectors.

A total of 306 CBI member companies completed the survey, which found 24% said their deadline was by the end of January 2018, with a further 26% naming the end of March 2018. A further 10% said the deadline had already passed.

March 2018 is significant because this is when leaders from the EU27 gather in Brussels for a summit, and is seen as a the last chance for a post-Brexit transitional deal to be agreed.

Many business leaders have called for a transition period of up to three years, and still hope that one can be agreed.  The UK government says it wants such a period, but a lack of progress on the ‘divorce settlement’ issues is still delaying all other negotiations.

The disquiet across UK business includes the life sciences sector, which has warned that time is running out very fast, and many companies area already preparing for a ‘no deal’ scenario, which could cause havoc with the UK and EU medicines supply chain.

As pharmaphorum reported recently, some medical devices companies have already relocated out of the UK into the EU27 to avoid disruption.

Pharma, biotech and medtech say that no matter what kind of deal is struck, the complexities of their EU regulation and trade means they need years of planning would normally be needed to make a transition. But with no guarantee that the UK will gain any kind of transition period, they must plan for the worst. 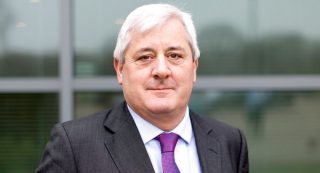 Delivering his speech this morning at the CBI’s annual conference, Paul Drechsler was highly critical of the UK government’s in-fighting, saying a united position on Brexit had to be agreed urgently.

“At the moment, I’m reminded of a prime-time soap opera, with a different episode each week. First Lancaster House, then article 50, the European Council, two dinners with Juncker – and no doubt many exciting instalments to follow.”

He said government and business should unite around the principles set out in Prime Minister Theresa May’s Florence speech, which put greater emphasis on collaboration and compromise.

He also called on political leaders in Brussels, France and Germany to take joint responsibility for finding a solution.

However he warned that the lack of clarity around Brexit was already hitting businesses, well ahead of the 30 March 2019 exit date.

“Brexit is only 508 days away. But for many businesses, their alarm clocks are set even earlier than that. They’re set to the moment they will actually enact their contingency plans,” said Dreschler.

“For 10% of business the alarm has already rung, and they’ve begun moving staff or slowing recruitment.
The CBI’s own research has found that without a transitional deal, a total of 60% of businesses will follow suit.

“So government and the EU need to get a move on. Making progress, remaining flexible and, first of all, sorting out transitional arrangements.”

The CBI says around 75% of the country’s largest firms say they would halt their preparations for no deal if a transition period could be agreed.

After that it says the negotiations could turn to thrashing out a final deal – and the CBI still doesn’t want to rule out remaining in the single market.

After months of Brexit dominating the government’s time and public attention, a scandal around allegations of sexual harassment is now engulfing Westminster, with the governing Conservative party the worst hit.
The prime minister also made a speech at the CBI conference, but had to spent time addressing the sexual harassment scandal, as well as new revelations about offshore tax avoidance by the super-rich.

May did urge business to invest in infrastructure, skills and R&D, and also reiterated her belief in a modern industrial strategy, but said very little new about the government’s strategy for Brexit.

She did however restate the government’s wish for a ‘status quo’ transition after Brexit. The CBI responded to this by saying it was essential to avoid a ‘catastrophic cliff-edge scenario.”