Teva has unveiled its long-anticipated takeover bid for rival generics firm Mylan, offering a deal worth $40 billion to shareholders.

Already the world’s largest maker of generic medicines, Teva believes a merger with Mylan would create an even more dominant company, and help shield it from the impending loss of one of its few patented drugs, multiple sclerosis drug Copaxone.

But the months of rumours about Teva making a move have allowed Mylan to prepare its defence against the takeover bid – one which it says it opposes outright.

Mylan Executive Chairman Robert J Coury issued a statement in response to the takeover rumours on Friday and stated bluntly:

“We have studied the potential combination of Mylan and Teva for some time and we believe it is clear that such a combination is without sound industrial logic or cultural fit.”

Mylan also says the deal is unlikely to be approved by anti-trust regulators because of what it says is a ‘significant overlap’ in the two companies’ portfolios.

Mylan recently arranged a poison pill plan aimed at blocking any unwanted takeovers and is itself currently in the midst of a huge acquisition: the $29 billion bid for Ireland’s Perrigo.

But Teva is appealing to Mylan’s shareholders to pass up the Perrigo acquisition in favour of its $82.00 per share offer for Mylan. It says the 50 per cent cash and 50 per cent stock offer provides a substantial premium on the firm’s current value, as well as potential for future growth.

Teva’s chief executive Erez Vigodman said the merger would create a company with “the infrastructure and capabilities to faster pursue a differentiated business model,” combining their presence in speciality and generic drugs. 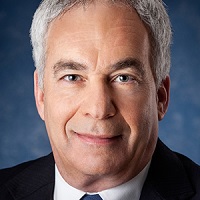 Vigodman says the merged firm would have the broadest portfolio in the industry, with a combined pipeline of over 400 generic drug applications and over 80 first-to-files in the US.

He added that the firm would also be a player in the second generation of biosimilars, have a world-leading manufacturing base, and would be able to invest in R&D-based products.

But there is clearly no love lost between the two chief executives, with Vigodman expressing disappointment at Robert J Coury’s statement on Friday, and requesting a meeting to persuade the Mylan board of the takeover bid.

Teva has also dismissed concerns about anti-trust obstacles to the deal, Vigodman stating that the firm and its advisors have ‘carefully studied the regulatory aspects’ and were confident divestments would allow the deal to be approved.

If successful, Teva’s $40 billion merger would be among the top ten biggest pharma sector M&A deals of all time, and would eclipse the biggest deal so far this year, AbbVie’s $21 billion takeover of Pharmacyclics.