Teasing out complex relationships within data lies at the heart of any digital health intervention, but finding the algorithms to do so reliably – and making sure they will be acceptable to regulators – can be a challenge.

UK company MIOTIFY has developed a web-based software platform that product teams can use to configure medical algorithms quickly, create code packages to harness them and generate supporting documentation – all in a format that is designed to meet regulatory requirements for software as a medical device (SaMD). 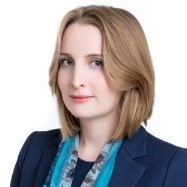 “When a manufacturer uses an algorithm to transform input data and interpret the output in a way that will be used to inform a clinical decision, it becomes classified as SaMD and is therefore regulated,” according to MIOTIFY’s founder Sheena Macpherson.

“They will need to show their workings out and verify that they’ve have tested it, because if a patient or doctor is going to make decision based on the output…regulators need to know that the algorithm has arrived at the right answer and show evidence that controls were implemented to manage any risks in the design process,” she explained.

The Compliant Component Builder platform has already been put through its paces at AstraZeneca, which used it to build a new component to incorporate into one of its existing digital health tools, used for remote monitoring of patients in clinical trials.

It offers a standardised process that enables algorithms to be deployed within medical software which can then be monitored and reused.

According to MIOTIFY, the system guides users through a standardised design control workflow, using a drag and drop interface for algorithm configuration, and automatically generates content to help them manage the design and risks with test cases to reduce the potential for errors.

At the moment, MIOTIFY’s platform includes an inbuilt algorithm within it that can be configured for data classification for the user’s selected use case, but in future the aim is to make it possible for any algorithm to be fed into the system, generating a package of code that can be deployed externally along with its documentation for use in regulated products.

The algorithms used in healthcare are becoming more complex as well. It is a challenge to deploy artificial intelligence to the interpretation of radiology images, for example, and triage patients so that clinicians can focus their attention on the most serious cases.

Recognising that rising complexity, regulators have started to look at how to assess algorithms in their own right, and to consider ways to certify and validate digital health software, as the current framework – directed at hardware devices – was not initially designed to accommodate SaMD and increasing challenged by emerging algorithms capable of generating outputs that can adapt over time.

“Regulators are looking at ways to innovate their own processes in ways that reflect the changes from a software perspective,” said Macpherson.

“The regulations as they stand say what to do, but not how to do it, so the format in which developers present information can be highly varied,” she added.

The hope is that a standardised approach to algorithm lifecycle management could be agreed that would make it easier for regulators to assess them proactively on an ongoing basis, but also do away with a lot of duplicative work among developers and encourage reuse where appropriate.

“If you imagine that every app for type 1 diabetics developed by insulin producers probably has a bolus calculator within it, every single one of those manufacturers will have built their own version of a bolus calculator, run their own tests and generated their own documentation, in silos,” according to Macpherson.

“Our idea is that there could be a place where you can get an approved component, allowing manufacturers to focus their time and money on developing other innovations such as behavioural change, therapeutics, or whatever else will lead to improved patient outcomes.”

In the future, it might be possible to develop a marketplace of component algorithms, operating a bit like the Unity Asset Store, which provides building blocks like graphics, sounds and character models for licensed use by the gaming industry.

For complex algorithms, that MIOTIFY approach would provide a platform for creators – often academics – to disseminate their work to a wider audience.

The company is focusing on healthcare applications initially, but the expectation is that the principle will be equally applicable to other regulated industries.

The next steps? Macpherson said there will be additional algorithms and functionality added to the platform, and the company is looking for partners who can help develop different use cases.

That could include groups creating the algorithms, device manufacturers, or companies like AZ who have the end platform where the components are used.

“MIOTIFY is committed to working with both innovators and regulatory stakeholders to empower the advancement of healthcare by fostering responsible and high-quality digital health innovation with a platform for providing efficient and least burdensome oversight, while meeting the regulatory standards for safe and effective products,” she concluded.

Future focus: 3 tools for launching fast in the face of uncertainty