Advisers to the US regulator will meet today to discuss Spark Therapeutics’ Luxturna, which could become the first gene therapy approved for an inherited disease in the US.

However concerns about the treatment’s safety and efficacy have been raised.

Also under review in Europe, Luxturna is a single injection of a genetically engineered virus expressing the retinal pigment protein that is deficient in people with the condition.

While the FDA is not bound by the decisions of such committees, it usually follows their advice when approving a product.

Reviewers from the FDA have already posted a briefing document ahead of the meeting later today, which notes the drug’s efficacy in a clinical trial.

The small randomised controlled trial involved an unusual method of testing any improvement in vision, as those taking part were asked to navigate an obstacle course in increasingly dark conditions.

In the review document FDA staff noted that the so-called multi-luminance mobility testing (MLMT) is a novel outcome measure and has not been used as an efficacy endpoint in any other clinical studies.

However the MLMT score change comparing the treatment and control groups was statistically significant, although the FDA is concerned about whether the improvement is permanent, as data on duration of effect are limited.

The study also missed a secondary endpoint of visual acuity as although there was an improvement in the treatment group, it was not statistically significant compared with the control arm.

After injection of Luxturna there were two serious adverse events – one patient developed irreversible damage to the optic nerve following an infection, and another suffered permanent loss of central vision in one eye.

The committee will consider whether the drug’s efficacy outweighs the risks. 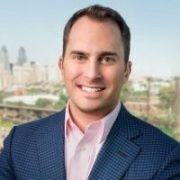 In an interview with Reuters, Spark’s chief executive Jeffrey Marrazzo declined to say how much the company will charge for the treatment of approved.

But he said the company will use price of drugs for other ultra-rare diseases such as Pompe disease, and Hunter Syndrome, suggesting a price in the range of $300,000 – $600,000 per year.

It’s unclear how this translates into a price for Luxturna, which is given as a single potentially life-changing injection as opposed to repeated treatments.

Richard Francis on his Purespring plans: the pharmaphorum podcast