Prime Minister Theresa May has unveiled the Conservative’s general election manifesto, its range of policies including the promise of £8 billion extra for the NHS – but a rowing back on an earlier pledge to cap the cost of social care.

As May and her party look to be on course for an increased majority in the House of Commons – or even a landslide victory – the manifesto is short on appealing offers to the electorate, such as tax cuts. 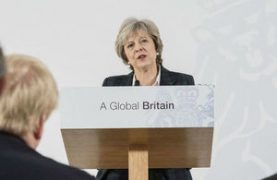 Speaking at the launch of the manifesto, May said it “identifies the five great giant challenges we face as a country – the need for a strong economy, responding to Brexit, tackling enduring social divisions, responding to an ageing society, facing up to fast changing technology”.

The plan includes replacing the so-called “triple lock” on pensions with a ‘double lock’, which makes above-inflation rises in benefits to the retired less likely.

In terms of social care, the previous Conservative administration under David Cameron had pledged to cap the cost to individuals at £72,000 from 2020, but this has now been scrapped.

Instead the current cost of care threshold will rise from £23,000 to £100,000. This means people with assets above this amount will have to pay for their care, but payment can be deferred until after death.

Meanwhile the pledge of £8 billion more for the NHS will be welcome, but one that only begins to address the huge pressures the health service is under.

This contrasts with the £37 billion extra Labour plans to spend on the NHS if it wins the election, a sharp increase in funding which would be paid for by raising corporation tax.

There are five pledges relating to the NHS in the manifesto, and the fifth and final one relates to access to medicines:

“To implement the recommendations of the Accelerated Access Review to make sure that patients get new drugs and treatments faster while the NHS gets best value for money and remains at the forefront of innovation.”

Clearly the wording of this Accelerate Access Review (AAR) pledge leaves plenty of room for interpretation, and the UK industry association the ABPI is unlikely to take it at face value. This is not least because the AAR was first expected to be published by December 2015, but was repeatedly delayed, and then subsumed by the political tumult following the Brexit vote. Even more significant is that NHS England, which controls most spending in England’s health service, is tightening its grip on budgets, including a newly introduced ‘budget impact test.’

The ABPI has responded to the manifesto saying:

“For Britain to meet The Conservative Party’s ambition of being the most innovative country in the world, it will need to maintain and grow its world-leading pharmaceutical industry, recognised as a sector of strategic importance in this manifesto.

“The ABPI welcomes the Conservatives approach to tackling UK business productivity and growth through an approach to Industrial Strategy that would help in securing the economy and delivering prosperity. This includes a commitment to grow and maintain our science base, a promise of further investment in R&D, and a new strategy to develop much needed STEM skills.

“Yet, the strength of the pharmaceutical industry in the UK will also depend on securing the right Brexit deal, and securing an ambitious, world-class healthcare system.”

Giving a nod to the stopgap nature of the £8 billion extra in funding for the NHS, the ABPI concluded:

“To deliver this, the pharmaceutical industry believes the NHS will require a longer-term sustainable funding solution and we will also need to take greater steps to reverse poor UK patient access to medicines and treatments.”

Supporting the era of green pharmaceuticals in the UK