One of the UK’s leading cancer researchers says a solution to NICE rejecting new drugs is urgently needed.

Professor Paul Workman, chief executive of the Institute of Cancer Research in London has spoken out today, as NICE announces a draft decision to reject earlier use of prostate cancer drug Xtandi (enzalutamide).

NICE says the drug, marketed by Astellas, has not cost-effective in treating men with metastatic prostate cancer who haven’t yet had chemotherapy, and that there are too many uncertainties about the evidence provided by the company.

Professor Workman spoke out last week about the Lynparza decision, but has now gone further in calling for urgent action to address the block on new cancer drugs being used on the NHS. 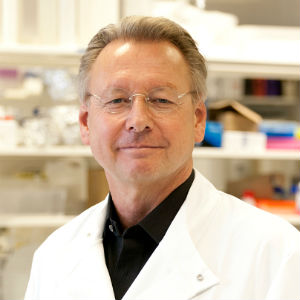 The Institute of Cancer Research (ICR) was one of lead investigators in the phase 3 trial of Xtandi which NICE reviewed in its appraisal. Professor Workman says there is now “very good evidence” it provides benefits to men if used at this earlier stage, before they go through more toxic chemotherapy.

It is very disappointing to hear that men will not be able to receive this innovative drug earlier in their treatment,” said Professor Workman.

“Following last week’s rejection of olaparib for ovarian cancer, this decision also underlines the fact that there is clearly an NHS bottleneck for cancer drugs – with many exciting new drugs being blocked either by NICE or for the Cancer Drugs Fund, or both.

“There is clearly an important problem that needs to be addressed urgently in order to convert more of the pioneering cancer research we’ve seen in recent years into concrete benefits for NHS patients.”

NICE says Astellas’ clinical trials show the drug can extend life when compared with placebo, but it was not clear for how long, because of uncertainties generated in the company’s data analysis.

Professor Workman has now taken the unusual step for a research leader of suggesting that new approaches to pricing must be considered. He says both NICE and the pharma companies need to shift their positions.

“Part of the solution is flexible, adaptive pricing – NICE needs to have the confidence to initially approve drugs tested in smaller groups of patients, and drug companies need to be realistic that at an early stage they may need to initially set lower prices.”

He says that once more data showing a drug is effective emerges from bigger trials, the cost of the drug can increase.

This idea is similar to the Value Based Pricing (VBP) system proposed by the government in 2010, but which was eventually rejected as overly complex. In particular, pharmaceutical companies like to set their prices at launch, rather than have them imposed on them. There were also fears that if launched at a low price, raising the price, even with compelling data, would prove difficult.

However there are growing calls for flexible pricing arrangements, including the industry, which suggests the concept will have to be revisited.

Professor Workman concluded: “Some companies are willing to experiment with new pricing structures, and we hope to see more engagement between companies and NICE to bring down the barriers that are stopping cancer drugs from reaching NHS patients.”

Owen Sharp, chief executive of Prostate Cancer UK agreed there was an urgent need to get beyond NICE’s complaints about cost and uncertainties with clinical trial data, which is a frequent occurrence.

“It’s the same old story, and we need to see NICE and the manufacturer work together to reverse this draft decision. Clinicians should have the flexibility to prescribe the drug at this earlier stage if they know it would help the men they are treating.”

He concluded: “This and other recent draft prostate cancer drug decisions serve to reiterate the urgent need for reform of the drug appraisal process in England.”

Prostate Cancer UK is working as part of a coalition of cancer charities to try to thrash out with the government a long-term, sustainable solution to the drug appraisal and funding systems, and says the Department of Health and NHS England have committed to this goal.

This latest controversy confirms that a broad consensus exists for the system in England and the rest of the UK to be overhauled – but it is not yet entirely clear where the solution might come from.

One initiative now gaining momentum is the Accelerated Access Review, which aims to end the UK’s fragmented decision-making for new drugs, medical devices and diagnostics. This aims to create a clear single pathway from research on to marketing authorisation and health technology appraisal and finally uptake on the NHS. However this review has pledged to retain the existing PPRS pricing system, and the government has made it clear that NICE’s much-contested QALY system will not be reviewed.

Accelerated Access to innovation on the NHS – can it be achieved? 9 June 2015