AZ to file COPD combo in China and Japan

AstraZeneca is planning filings of its chronic obstructive pulmonary disease drug Bevespi Aerosphere in China and Japan, based on a new set of positive phase 3 trial results.

AZ will file the drug with regulators in Japan and China next year, based on data from PINNACLE 4 as well as previously reported trials.

The drug is already approved in the US for long-term maintenance treatment of COPD, and is also under review in Europe, with a decision expected in the second half of next year.

Meanwhile in China older drugs such as salmeterol and formoterol are commonly used to manage COPD symptoms. 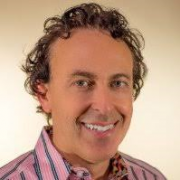 Dr Colin Reisner, head of respiratory, global medicines development at AstraZeneca, said: “These positive results add to the strong established efficacy and safety profile of Bevespi Aerosphere in the treatment of patients with COPD. PINNACLE 4 will support our regulatory filings in Japan and China where respiratory diseases such as COPD remain a significant and growing public health burden with unmet treatment needs.”

But there is still much room for improvement in COPD treatments as existing therapies still only slow its progress.

UK biotech Verona hopes that its RPL554 COPD therapy could be a disease-modifying therapy when added to existing agents such as Boehringer Ingelheim’s Spiriva (tiotropium) and is pushing ahead with phase 3 trials after a £70 million IPO and private investment earlier this year.