A federal judge has overturned an earlier ruling that Gilead must pay Merck & Co a record $2.54 million in a patent infringement case involving hepatitis C drugs Sovaldi and Harvoni.

Merck had successfully argued in a lower court that Sovaldi infringed a patent it held through its 2014 acquisition of Idenix Pharmaceuticals, with the jury verdict requiring Gilead to make the largest ever payout in a US patent case.

But the US District Judge Leonard Stark, in Wilmington, Delaware, ruled that Merck’s patent was invalid, saying it did not meet a technical requirement under US patent laws.

Gilead said in a statement that it always believed the patent was invalid. Meanwhile Merck says it plans to appeal, claiming that Stark’s ruling did not reflect the facts of the case.

Gilead’s hepatitis C products, led by Sovaldi and Harvoni, have revolutionised treatment of hepatitis C, allowing the disease to be cured in most cases, and without the unpleasant side-effects seen from previous treatments.

According to Reuters, Gilead has earned at least $9.1 billion from its four drugs to treat hepatitis C – although in recent years sales have been tailing off because of reduced demand after more and more patients are cured. 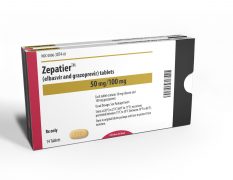 But Gilead’s pricing of Sovaldi has been controversial – it launched at $84,000 for a 12-week course – and Merck also taken market share with its later-to-market rival hepatitis C combination, Zepatier, which is much cheaper.

Idenix had tried to sue Gilead in 2013 to block the launch of Sovaldi, ahead of its approval that year by the FDA.

But in June 2016 that ruling was also overturned by a Federal judge in California who found Merck’s conduct had been unethical – a finding that Merck has disputed and is also appealing.

Late last year, Merck axed development of its pipeline hepatitis C drugs, a further indication that the market has peaked.