Are self-testing kits for HIV a good idea? 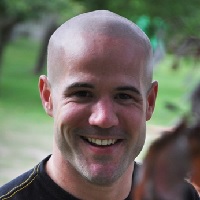 David Rowlands examines the uptake of a HIV self testing kit in the UK – but finds the jury is still out on whether they can help people seek treatment earlier.

After decades of living with HIV, the difficulty of identifying new infections remains one of the biggest obstacles to treating to people with the condition, and preventing them from unwittingly passing it on.

Modern drug regimens mean HIV is now a manageable disease but late diagnosis can have a devastating impact on health and life expectancy and, of course, raises the risk of the virus being transmitted.

An estimated 26,000 people in the UK have HIV but are unaware of it, making them unknowingly responsible for the majority of onward transmissions.

That’s why the launch of the first ever fully authorised self-testing kit for HIV last April could represent a major advance in countering the disease in the UK.

A company called BioSure gained UK regulatory approval to market the kit and sells it online for £29.95 to anyone who wants to test themselves.

The kit has already established itself as a commercial success, with sales significantly boosted thanks to ads on gay dating app Grindr.

But is the kit really helping to uncover HIV infections which would otherwise have gone undetected for much longer? A presentation at the recent British HIV Association (BHIVA) conference brought together evidence of its impact so far.

The difference between self-sampling and self-testing

While both are often promoted as “home testing” for HIV, it’s important to distinguish between self-sampling kits and self-testing kits.

Self-sampling involves the user collecting their own sample and sending it to a laboratory for analysis. Several self-sampling schemes have been promoted by health bodies in recent years.

Self-testing involves the user performing the whole test themselves, collecting the sample and interpreting the test result. While several self-sampling schemes are provided free of charge to the end user, the BioSure test is currently only available for purchase through online retailers, though it may also be available in some high street chemists soon.

Chris, 42, from Leeds: “I think Grindr is a great platform to engage a high-risk population and prevent the transmission of HIV; more social networking sites should follow their lead.”

“Three-quarters of test kit sales have been to people living outside large cities. Half of those purchasing the test say that they have never tested for HIV before”

It is important to remember that these patterns of demand and uptake are broadly similar to those of HIV self-sampling kits. But where self-sampling schemes are able to report the number of HIV-positive results of people testing, people self-testing do not need to report their results to anyone.

Sarah, 39, from Manchester, living with HIV for 4 years: “I feel that people getting a reactive or positive result with a self-testing kit often use a variety of other HIV testing services, including community services, in order to confirm the result.”

User feedback has been positive, with 97% saying that they would use the test again and 98% saying that the test was easy to perform. Users appeared to find the test discreet, simple, and convenient.

Harms as well as benefits

Self-tests are not available for other, bacterial sexually-transmitted infections, so there could be a delay in diagnosing these if people do not visit medical providers for HIV tests.

HIV self-tests are second-generation tests, and therefore have a much longer ‘window period’ than the fourth-generation tests which are used in sexual health clinics. This means that recent HIV infections can easily be missed, and this could be a particular problem if self-tests are used by high-risk populations and are relied upon to make decisions about condom use.

As it is unknown whether the benefits outweigh the potential harms, a large randomised controlled trial called Pantheon will begin soon.

Pantheon is a five-year programme grant-funded by the UK’s National Institute for Health Research (NIHR). The study aims to reduce HIV incidence among gay men, bisexual men and other men that have sex with men (MSM) by determining the most cost-effective HIV prevention and testing policies and by working with policy makers to ensure they are adopted.

It also aims to find out whether making self-test kits readily available increases the rate of HIV diagnosis, the frequency of HIV testing, and the number of gay men who test. The study will also examine the impact of self-testing – and other prevention interventions on sexual behaviour.

David Rowlands is the director of Design-Redefined.co.uk, delivering effective healthcare communications to enable people with HIV and/or hepatitis C (HCV) to become better engaged with their treatment and care.

Drawing on his established networks and collaboration with partners, David is able to bring healthcare together, by engaging patients and organisations, healthcare providers, physicians, stakeholders and policy makers.

How the WHO hepatitis strategy measures up in the field