In the third part of our review of 2014, Andrew McConaghie looks at five more individuals who played a prominent role in shaping healthcare this year. Read the first and second parts of the review here and here.

15. Atul Gawande – author of Being Mortal & What Matters in the End

The sudden departure of Chris Viehbacher from Sanofi in October was an unfortunate, embarrassing episode, which has thrown the company’s future direction into doubt.

Having taken over at the Paris-based company six years ago, German-Canadian Viehbacher represented a break from tradition of French, Euro-centric leaders at Sanofi, and helped lift it out of the doldrums.

But personality clashes in the boardroom came to a head in October, and growing disagreement between Viehbacher and Chairman Serge Weinberg about the chief executive’s decision-making boiled over.

It seems fair to judge the biggest mistake to be from the Sanofi board, in not at least arranging for an orderly succession rather than an overnight ejection of its leader. But Viehbacher must also be culpable for failing to keep his board on side, and even leaking his letter to them to newspaper Les Echos.

Sanofi will struggle to find a stronger or more experienced leader than Viehbacher, while he will also have to rebuild his reputation. The Paris-based firm is said to have approached AstraZeneca’s Pascal Soriot to take over, but he is said to have declined the offer.

Soriot demonstrated the flipside of the dysfunctional CEO-chairman relationship at Sanofi, working closely with AstraZeneca’s chairman Leif Johansson to repel the Pfizer takeover bid. Soriot has just won a poll in The Times newspaper for Business Person of the Year, for having spurned Pfizer and injecting new urgency into AstraZeneca’s revival. (Read The Times story – subscription required) However the real test of Soriot will be in the longer term challenge of fulfilling his pledge to investors to double the firm’s revenues to £26.7 billion ($45 billion) within the next decade. 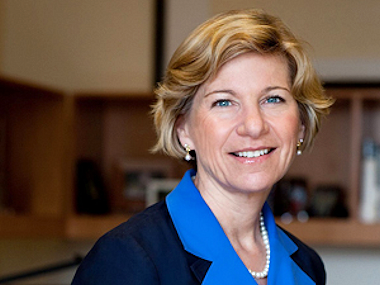 In 2014, the Bill and Melinda Gates Foundation consolidated its leading role within global health, in particular playing a pivotal role in accelerating action against Ebola on all fronts – often where governments and bodies such as the World Health Organization proved slow to respond.

Guided by the vision, entrepreneurial and organisational know-how of its twin founders, the Gates Foundation demonstrated just how effective non-governmental, non-profit making organisations can be.

But the Foundation needs more than its figureheads to further its goals, and when Bill and Melinda were looking for a new chief executive officer a year ago, they chose someone with huge ability and experience in healthcare and leadership: Susan Desmond-Hellman.

An oncologist by training, Desmond-Hellmann is best known for her 14 years at the pioneering biotech company Genentech, where she led the development and introduction of two landmarks in cancer therapy, Avastin and Herceptin.

Then in 2009 she left Genentech to become the first woman to serve as chancellor of the University of California, San Francisco (UCSF), updating the university’s strategic plan, including forging research alliances with Pfizer and Bayer, which put her among the leaders of the drive for greater academic-industry collaboration.

In May this year she took up her role at the Gates Foundation, and played a key role in addressing the Ebola crisis. Her extensive experience in product development, and understanding of how to bridge applied research to delivery new products is likely to be a focus in 2015 and beyond.

In particular, Desmond-Hellmann will work closely with Trevor Mundel, the ex-Novartis man who has led the Foundation’s efforts in research and development of vaccines, drugs, and diagnostics since 2011.

But she has stressed that the best way of ensuring sustainable healthcare for the whole world is to establish robust primary healthcare – something that requires long-term thinking, and investment from governments in developing nations – no easy feat.

Her decision to join the Gates Foundation, and not return to the bio-pharmaceutical industry is the sector’s loss. Perhaps one day she will return to the industry to become the first ever female chief executive of a major pharma company, a milestone which looks increasingly overdue.

Google CEO’s ambitions know no limits, in healthcare or any other field 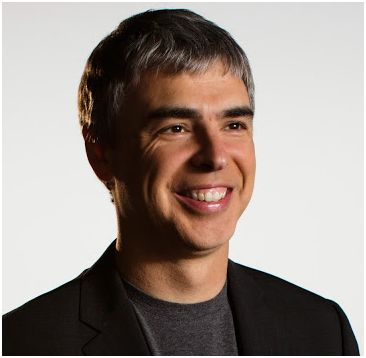 Google can no longer be accurately called the ‘internet search giant’ – because its interests and ambitions now stretch far beyond this domain. In 2014, its CEO Larry Page demonstrated his enormous ambition for the company with a range of astonishing ventures into healthcare.

Its semi-secret healthcare offshoot Calico was set up in 2013, but really gathered pace in 2014. Led by former Genentech leading lights Arthur Levinson and Hal Barron, the company will research life-threatening diseases and problems affecting mental and physical agility due to ageing.

At the time Larry Page reassured shareholders about the move, stating: “There’s tremendous potential for technology more generally to improve people’s lives. So don’t be surprised if we invest in projects that seem strange or speculative compared with our existing internet businesses.”

In September this year, Calico unveiled a new partnership with AbbVie to create a joint investment of $1.5 billion to research cures for diseases of ageing, including cancer and neurodegeneration.

But Google is not confining itself to Calico: in July it unveiled its alliance with Novartis to develop a ‘smart’ contact lens to help patients manage diabetes. It is also a player in the new wearable technology market, aimed at helping people continually monitor their health, alongside other tech giants such as Apple.

Google is also funding a number of ‘moonshot’ projects, which attempt to solve problems others hadn’t even dreamed of taking on. These are being co-ordinated via its research arm Google X, while third-parties with ambitious new visions in health are being funded through venture capital division Google Ventures.

The renewed blossoming of ambition at Google has been attributed to Larry Page’s return to the role of CEO, one he and his business partner Sergey Brin handed over to Eric Schimdt in 2001. But Page took back the position in 2011, moving Schmidt to executive chairman, apparently frustrated at the lack of exciting new projects emerging from the company.

Page has funded projects in a huge range of fields, but why is he so attracted to healthcare? He rarely shares many personal details, but Page did reveal in a 2009 University of Michigan Commencement Address that his father had died of polio. He spoke of his frustration of having seen polio still causing harm in India, despite the availability of a vaccine. In the address, he also states that a childhood summer camp in Michigan gave him his motto for life: ‘Have a healthy disregard for the impossible’. (Read the fascinating full address here.)

Larry himself suffers from an autoimmune disease which has resulted in the paralysis of his vocal cords, resulting in his already rare public presentations being further curtailed.

Beyond these personal reasons, though, it is clear that his eagerness to take on the biggest problems he can find in the world today is down to sheer intellectual curiosity. Google’s willingness to partner with pharma companies such as AbbVie and Novartis make it clear that not even the headstrong Page thinks anyone can go it alone in these ambitious healthcare projects; nevertheless pharma should be very aware of just how ‘disruptive’ Google’s innovations could be.

In November, a US health economist hit the headlines when a video emerged showing him claim that the new Obamacare health reforms had been passed in part thanks to the “stupidity of the American voter”.

The reason the remarks were so incendiary was that this was no ordinary health economist but Jonathan Gruber, one of the chief architect’s of Obamacare, and the video surfaced just as the reform’s opponents were preparing another attempt to dismantle them.

Obamacare (otherwise known as the Patient Protection and Affordable Care Act) is a landmark law passed in March 2010, but only now is its central goal of extending health insurance being introduced.

The new system was launched in October, and has until March 2015 to sign up as many people as possible, but glitches with the enrolment website – as well as concerted anti-Obamacare campaigning – has dented its image.

The law is aimed at helping the 48 million people in the US who had no health insurance before October, and for millions more who arrange health insurance themselves. It guarantees everyone insurance coverage, regardless of their age and health, something lacking until now.

That’s why the Jonathan Gruber video was a gift to Obamacare’s opponents. Gruber is a gifted health economist, and his expertise has contributed to making the new system as foolproof as possible, but it is clear that the worlds of political doublespeak – or strategic tongue biting – and honest economic analysis don’t always mix.

Read the Vox article The Jon Gruber controversy and what it means for Obamacare.

Surgeon calls for understanding of human frailty and fallibility in healthcare 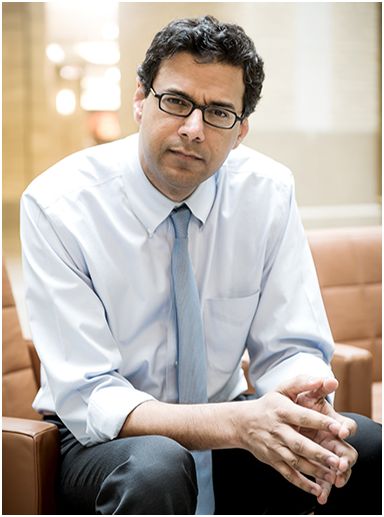 Atul Gawande made a very significant contribution to the debate about the future direction of healthcare with his thoughtful, humane and well-researched writings in 2014.

The Boston-based surgeon, writer and public health researcher offers a refreshing counterbalancing voice to the worldview of tech entrepreneurs such as Google’s Larry Page (see entry above) – so called ‘techno-optimists’ who believe the world’s ills can be solved by technological innovation.

Gawande does of course believe in the benefits of innovation, but believes that in pursuit of progress, doctors and the wider society have overlooked the inherent limitations of physicians, and their patients.

In his book Being Mortal – Medicine & What Matters in the End, Gawande says the enormous progress of medical science over the last century has left doctors unwilling to concede defeat. He argues persuasively that the whole process of ageing with dignity and self-respect has suffered as a result, meaning that people in developed societies have less dignified deaths than their ancestors, or people in less wealthy nations.

Gawande’s perspective is invaluable for anyone working in healthcare or the pharmaceutical industry, and helps raise questions about how dignity for patients can be maintained in rapidly changing societies and healthcare systems.

Gawande developed his ideas in his BBC Reith Lectures on the Future of Medicine, available here as free downloadable podcasts.

Read the fourth and final part of People who shaped healthcare in 2014, which includes Actelion shareholder activist Bill Ackman.