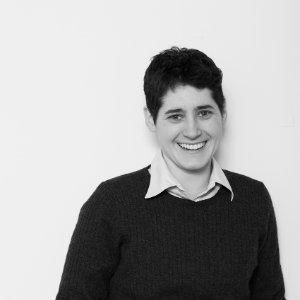 Health Technology Assessment (HTA) agencies usually rely on randomised controlled trials for clinical data when evaluating drugs, but these do not always tell the entire story. Both biopharmaceutical companies and HTA agencies have been considering real world evidence (RWE) as a complementary source of data, but to what extent is it actually used and is it worth the attention?

According to the International Society for Pharmaeconomics Outcomes Research (ISPOR) Real-World Data Task Force, “data used for decision-making that are not collected in conventional randomised controlled trials (RCTs)… are essential for sound coverage, payment, and reimbursement decisions.” These data include both observational studies and patient reported outcomes (PROs).

In spite of potential bias and practical limitations in data quality and availability, the use of RWE should benefit both pharma and HTA agencies. This article examines how often RWE is actually used and influences HTA decision making.

The decisions of HTA agencies were stratified, particularly the UK’s NICE, Scotland’s SMC, Canada’s CADTH Common Drug Review (CDR) and pCODR, Australia’s PBAC, France’s HAS, and Germany’s G-BA by use of observational studies.

A total of 1,840 HTA decisions were examined, excluding reviews that did not include decisions, did not include clinical data, or instances where it was unclear if observational data was used. Decisions were classified as ‘positive’ or ‘negative’. From this large sample, only 106 decisions/HTA evaluations (6 per cent) incorporated observational data while the remaining 1,734 (94 per cent) did not. 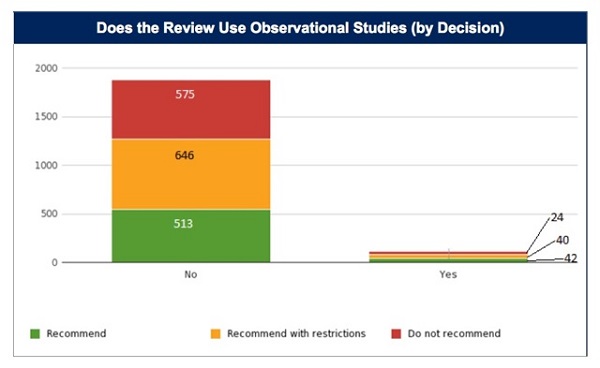 In July 2011, PBAC evaluated Yervoy for treatment of patients with stage III and IV malignant melanoma. The submission presented a single phase III, randomised double-blind trial. In the first two submissions, PBAC did not recommend the drug, noting that, although it demonstrated improved efficacy, it had an inferior safety profile and there was considerable uncertainty regarding the eligible patient population and costs associated with the treatment.

On the third submission in November 2012, Bristol-Myers Squibb presented four new pieces of evidence related to the durability of Yervoy’s effect and three new pieces of information related to recent ‘real-world’ post-registration data. This new data demonstrated that the drug increased survival (compared to gp100 peptide) and that there was evidence of a plateau in effect. There was also evidence that the effect was durable. Citing this new evidence (and a decrease in price), PBAC recommended Yervoy.

In June 2013, the SMC reviewed Zaltrap in combination with FOLFIRI chemotherapy for the treatment of adults with metastatic colorectal cancer. SMC evaluated one randomised, placebo-controlled phase III study and, despite demonstrating significantly longer overall survival, Zaltrap was not recommended because of the lack of a sufficiently robust economic analysis.

In a February 2014 resubmission, Sanofi included two open-label studies assessing safety and quality of life. This RWE was used to revise the utility values within the economic model. SMC recommended Zaltrap because the new data demonstrated a substantial improvement in QoL. In addition, Sanofi also presented a patient access scheme, which improved the cost-effectiveness evaluation of Zaltrap.

In France, RWE helped Myozyme confirm the effectiveness of the drug

In 2006, HAS reviewed Myozyme for treatment of late-onset Pompe disease. HAS evaluated interim analysis from a non-comparative trial and observational data from an expanded access programme. HAS did not recommend Myozyme because the efficacy/safety ratio was not well established. In 2010, HAS recommended the drug based on newly-submitted data: a larger randomised control trial, an observational study of 44 patients, and data from the French Pompe Disease registry. Data from the observational studies confirmed that the drug improved the six-minute walk test and seated vital capacity.

The future for RWE

Though RWE in the form of observational studies was used in only 6 per cent of HTA reviews, its limited use was still associated with an increased rate of positive reimbursement decisions (and in a meaningful way). The case studies show that manufacturers and HTA agencies use RWE for a variety of purposes: to confirm the results of RCTs, to justify utility estimates in economic models and to demonstrate the durability of the effects of a drug. Despite this benefit from RWE use, there is currently insufficient data to determine how great a role RWE will play in the future of HTA.

It will be interesting to see how frequently RWE will be utilised and how will it be weighted in the future.

Daniel Liden is an Operations & Analytics Coordinator at Context Matters. He received his bachelor’s degree from the University of Chicago in the history, philosophy, and social studies of science and medicine. Previously he was a freelance writer and editor and a biomedical research assistant at labs at the University of Chicago and at the Van Andel Institute in Grand Rapids, Michigan.

Ashley Jaksa is vice president of Data and Analytics at Context Matters. She joined the company in 2010 to develop its systematic protocol for extracting, standardising and curating data from HTAs from multiple global agencies for its database.

Yin Ho is the founder and CEO of Context Matters. A licensed physician trained in emergency medicine, Dr Ho left the practice of medicine in 1998 to focus on the emerging eHealth sector. Prior to founding Context Matters, she was vice president of corporate strategy at Medidata Solutions (MDSO) and also held senior positions at Pfizer (PFE). Yin has also served as director of business development at Emergingmed.com and was a member of the advisory board of RapidTrials. She holds a BA from Brown University, MD from Yale University School of Medicine and an MBA from Harvard Business School.

Sovaldi and the politics of high-priced drugs: are we asking the right questions?

Medable, Seqster pair up on real-world data for remote trials