INC Research’s Dr Nick Kenny talks to pharmaphorum about the challenges of running global clinical trials in the rapidly evolving field of oncology. 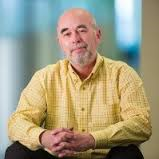 What are the biggest challenges in planning oncology clinical trials?

There are many challenges that arise in oncology trials but one of the most common is the administrative burden during the clinical start-up process. In many highly experienced oncology academic centres needed for complex oncology clinical trials, it can take up to nine months to get a trial running. Additionally, the pool of accessible qualified investigators is finite, and there is still a depressingly low percentage of cancer patients who actually get access to clinical trials.

If you look at particular tumour types, things can change quickly. The best current example of that is CLL (chronic lymphocytic leukemia), where spectacular advances are underway due to Pharmacyclics’ Imbruvica (ibrutinib) and Gilead’s Idelalisib. Plus there are other really good molecules in that space. The same has been true in CML (chronic myeloid leukaemia) and multiple myeloma.

After decades of limited advances in CLL, we have seen several new treatments emerge recently, which is excellent news for patients. The ‘downside’ lies in the challenges created for new drugs trying to follow in this space for patients who will be resistant to these drugs. Something similar happened in renal cancer when several new drugs came out one after another, making it really difficult to get access to patients.

There has been a global rush into biosimilars, but these trials are quite difficult to conduct in North America and Western Europe because (a) the innovator drugs are available and reimbursed and so (b) there is less impetus for physicians and patients to participate in a comparator trial (as compared to innovative new therapies). However, in Eastern Europe or Latin America, a biosimilars trial may provide access to drugs that, while approved, are not yet widely available or reimbursed. Lastly, trial designs for biosimilars are, by nature, very similar for the same drug so, as multiple companies compete to develop the same biosimilar drug, doors can close on opportunity quickly because there’s just not enough carrying capacity to do the trials.

Has the empowered patient had an impact?

We haven’t seen a massive movement in the numbers of patients coming into trials but, in some of the very rare tumour types, engaging with patient advocacy groups is productive for networking and getting access and referrals.

Connectivity to trial information is a wonderful tool for all of us, including patients, but of course this adds a burden to physicians to help informed patients filter to relevant data. We work with sites to make sure staff are prepared to appropriately inform patients, who may be dealing with confusion and fear over whether or not to participate in a trial at a time when they could be facing a poor prognosis, as well as limited options.

A big issue remains with the complicated nature of informed consent forms. All of these concerns have led many hospitals to invest in dedicated patient guides who can help people understand the information and make the best personal choice at a vulnerable time.

Cancer medicine is becoming increasingly stratified, with drugs being targeted at particular sub-groups of patients with specific genetic mutations. How is that affecting the process of recruiting the right patients for trials in, say, lung cancer?

As new agents target very small subsets of patients, this area is going to have a huge impact. For example in lung cancer research, the development of Crizotinib [Pfizer’s Xalkori] targets the ALK gene, which occurs in about 4-6 per cent of the non-small cell lung cancer patient population. There are many other mutations across a broad range of tumours that can be targeted, but which are equally rare.

The dilemma presented with this scenario is how to screen all the patients and get the appropriate person for the trial. With all the different drugs available for the multiple subsets of the disease, determining the screening and matching process is a paradigm shift in drug development.

With a single drug being applicable to only 2-3% of targets, trials need to be prioritised so patients can obtain something that is targeted the particular mutation in their tumour. The remaining patients can be moved to trials that benefit their particular cancer mutations. One example of an interesting initiative is Cancer Research UK, working with some pharma companies around the National Lung Matrix trial.

A similar effort in the US is called Lung-MAP, via a major collaboration between the National Cancer Institute (NCI) and SWOG along with a number of pharma companies, where participants are screened for various lung mutations and then the appropriate drug is allocated. This initiative includes drugs from different pharma companies, so the comparative environment is removed and specific tumour types drive the outcome. Lastly, it is interesting to look at many ‘matching’ programmes in academic cancer centres, such as MD Anderson and Memorial Sloan Kettering Cancer Center, which seek to match targeted therapies to molecular profiling of tumours that can be obtained much more easily for patients at presentation. This is where I think we will see a large swing in the way we triage patient care and access to innovative new therapies, including rational combinations of drugs.

I suppose we’re hoping that diagnostics can develop exponentially in terms of speed and accuracy in order to meet that need.

How to filter through the information uncovered with diagnostics is a dilemma – particularly for emerging biotech companies trying to determine when to make the significant investment in programme development to validate the test to help bring it to market. There is a great opportunity with diagnostics, but the financial details need to be worked out to address who supports the different costs. In the US, a group of lawmakers is trying to force insurers to cover the cost of diagnostic testing for cancer patients. While there is a strong scientific and clinical rationale for those tests to ensure that the right drug is for the right patient, insurers are looking at this warily because they could be on the hook for massive cost.

Those patients might be spread out over a larger geographical area as well, which will also affect how a trial is run, won’t it?

To deliver on a promise for a smaller, more specific trial that provides a comparable readout to larger, standard trials, a wider net needs to be cast to screen enough patients to make this worthwhile. We can’t continue to use the old ‘sledge hammer’ approach when we’re working with new targeted therapies which have a very specific effect.

What impact is the FDA’s Breakthrough Therapy Designation status having? Is there familiarity with that process yet?

There is no doubt that this has been very well received, and innovative drug developers – in companies of all sizes – have looked to capitalise on what the FDA has to offer from this route. Perhaps what is surprising is that even after the FDA and others offered early guidance advice about what a development plan should contain, and the most appropriate route to gain approval, some companies have ignored the Agency’s guidance and been rejected by the Oncology Drugs Advisory Committee. The lost opportunity, cost, patient impact (and sometimes loss of what might have been a good drug) is saddening.

Is that becoming more frequent?

Overall no, but we do need to become better at knowing when to stop. As an industry we tend to focus on pushing a drug forward when, in reality, knowing when to kill a molecule is just as important. One, you’re dealing with patient safety which is paramount, and two, not spending money on a bad drug means you free money, time and patients to work on a better drug.

What were the highlights from this year’s ASCO cancer congress for you?

I was also intrigued by the focus on what ASCO called ‘Science and Society’, which debated the spending and return on investment for cancer treatments. We all know some drugs that have been approved with statistically meaningful endpoints – adding extra survival of a month or two, when previous survival was two or three months. Is that a true clinical benefit for everything a patient has been through if we consider cost and quality of life? And even with a survival benefit, is that a drug that you would want to approve, from a cost-benefit perspective?

So, from ASCO and elsewhere, we see physicians and others spearheading a movement to say that we need more truly meaningful clinical benefit in this particular tumour type or setting. I think those are the more difficult dialogues that are going on right now.

What technological changes will be influential?

From a clinical trial perspective the most influential technologies will be the ones that connect all the isolated databases; tools that connect hospital records with electronic data capture (EDC) and all the ancillary reporting tools that we use to interrogate that data once it’s in an EDC system.

Historically we’ve taken information from a patient record at a hospital and migrated it through multiple systems to end up in a dataset submitted to the FDA. Having so many steps is a massive cost, waste of time and it is prone to error. We are seeing an emphasis on creating a single source of truth about a piece of data associated with a patient in their trial that is driven all the way through development plans. The quality of the data and cost savings generated will be huge.

There are lots of initiatives, such as the TransCelerate group in the US, which is trying to address multiple parts of that technological challenge, and various CROs, pharma and biotech companies are contributing to that.

It’s a different question for different companies. If you’re a small company, and it’s your first or second product, you tend to be really focused on that drug and absorbed in the science. It could be great science, but my advice in that situation is to take a step back, engage some external counsel, and pressure-test the core ideas. Ask questions like: Is the formulation right? Is the market going to be there by the time you get to phase III? Often in the early phases of development we encounter great drugs and ideas that have very high expectations, but the realisation that it’s going to take longer than forecast and investors will need contribute more makes a big difference.

The future of the clinical trial: collaboration and patient centricity