AppleTV: just what the doctor ordered?

Will the AppleTV, and its dedicated apps, become the hub and interactive dashboard to manage shareable health information? Fabio Spacagna investigates the technology and whether it will bring individuals together to support one another’s wellness goals. 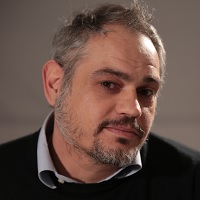 It is well known that peer pressure and social support are critical to help people achieve health and wellness goals. So imagine a day when all the members of a family, assisted living community, or support group can set up individual health goals to capture on their own smart devices, but with the added benefit of the AppleTV as the health hub and interactive dashboard managing everyone’s shareable health information.

Did grandma take her medication this morning? Is Timmy’s smartwatch showing he has a low-grade fever while at school? How well is dad doing with his weight loss and exercise goals this month? With the app-focused technology behind the AppleTV, groups of people will be able to share their health information in a real-life social setting. They will be able to congratulate each other on their good progress, intervene when someone needs help, or even feel a little bit of pressure to make sure they are keeping up with their own health goals.

Now, the very smartphone technology that has helped to isolate people in their own virtual worlds is poised to bring them back together with shared wellness goals and better health outcomes.

So pharma and healthcare app developers will want to know what lies behind the new Apple TV platform.

The new operating system tvOS shares iOS technology, as used in the iPhone and iPad, the same programming languages (Objective-C and Swift) and the same tool set. This makes it easy for developers to reuse existing code to port their applications on the new platform.

The iOS WebView framework has been left out deliberately, so there is no web browser on the new AppleTV – a decision probably taken based on the quality of the user experience. Surfing the web on a big-screen TV while you are lying on the sofa is less than optimal; many of us already own a smart TV with a web browser built in, but how many of us are actually using it on a regular basis? Nobody wants to tweet from his or her TV!

Perhaps Apple will reverse this decision in the future, but for now we can forget about Safari.

The iOS experience is meant for a single user per device, as is the case with iPhone and iPad. tvOS, meanwhile, is designed to offer a ‘social experience’ that takes place in the living room, with the focus on entertaining multiple people.

The new AppleTV uses a direct interaction model that provides an ‘indirect touch experience’ on the TV screen, allowing users to keep the gestures they have become accustomed to with iOS, including swiping or tapping on the Siri Remote to interact with the screen.

The interaction focuses on one element at a time, allowing users to interact with content using a ‘no user interface (UI)’, completely managed by a ‘focus engine’. This means that there is always an object in focus and every active element of the UI is focusable by definition unless it has been disabled.

The focus engine also provides visual feedback; the selected element automatically animates by enlarging and casting a drop shadow. This helps to connect the user and the UI so he/she cannot get lost on screen. Apple has put a lot of effort into designing a new ‘connected, clear and immersive’ interaction model.

The Siri Remote and game controller

The new Apple TV comes with a sophisticated Siri Remote control. Think of it as a combination of the old Apple remote with a touch pad and a Nintendo Wiimote. It features a dual microphone, a glass touch surface, an accelerometer and a gyroscope.

It can be activated by pressing the dedicated button on the remote and then speaking the command. It is able to respond to a wide range of requests. At present, it is available only in the US, UK, Australia, Canada, France, Germany, Japan and Spain, but Apple is planning to roll it out to a further 22 countries once it has trained Siri to understand the additional languages.

Apple is clearly positioning the new Apple TV as a gaming device, too. Of course it is not a console, but it has enough power to run some impressive games. The Siri Remote can be used for this, but some games require the standard gaming controller or joypad. Therefore any previous Bluetooth game controller made for iOS (MFI certified) can be used to play games on the Apple TV (maximum of two at a time).

Apple TV has its own separate App Store, which is only accessible on the Apple TV. This makes sense as the apps are developed specifically for it and do not run on iOS.

In the first month alone more than 2,600 apps were released on the store, with an average of 400 added each week. This growth rate is no surprise, though, as it mirrors that of the original iOS App Store.

And yes, games are the most popular category, followed by entertainment, education and lifestyle.

The future of the television is here and we are ready for it.

Fabio Spacagna has over 15 years of experience in software design for the healthcare and wellness industry.

As the Senior Creative Technologist for Healthware International, he leads a multidisciplinary team that designs, prototypes and develops cutting-edge solutions to create engaging experiences for both medical professionals and consumers.

He enjoys exploring new technologies and discovering ways to apply them to health and wellness.

Read more on technology in pharma:

How pharma should harness mobile technology